During time Travel the students have visions of the past and future, it usually preceded by a big flash and loud sound. This is also used by the author to foreshadow upcoming scenes

The flashes as Ike tries to leverage answers out of Abraham in the cell. It is to noted that the are the first flashes that do not involve time travel and also first to include dialogue 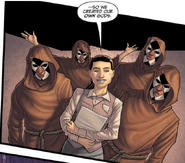 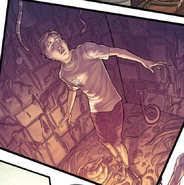 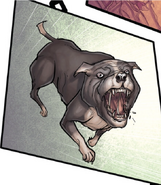 These flashes occurred after Casey touched the cylinder undoing some of the changes that the Truants caused during Woodrun.These are a continuation of the flashes from issue 13

Theses flashes occurred during Akiko's dream walk, it started during her performance at the Ballet House

Theses flashes occurred during the Earthquakes at 8:13 as Casey enters The Greenhouse

Community content is available under CC-BY-SA unless otherwise noted.