What's on your mind?

Im confused about what the overall aims and plan is for the faculty and the headmaster.  I know the Headmaster hasnt revealed his yet, but what about the faculty?

(edited by A Fandom user)

I just read issues 1-50 straight in 48hrs and have a theory: The Children are Gods who created the reality decided to live among us...and forgot that they were Gods just playing around. Kind of like the movie "The Nines" with Ryan Reynolds. All the references to "waking up" "we are not really here" or "none of this is real" basically confirms this. They have been playing the game for too long and they forgot. The Headmater remembers. Ian remembers. The Headmaster built the school (out of a monastery where Gods were worshipped) to create a controlled enviroment in which Gods could interact and remember what they are

The scene in the comic where the birthday discrepency is explained seems to be full of holes. I orihinally thought it was a typo, but there would need to be several, and I can't see Nick/Image being that careless, even if Johnny fucked up the letters. I may be wrong, and if someone could explain it to me that would be grand. And yes, I read the May 4th birthday thread. It did not help.

So, breaking this down into things I know for sure:

1 - One brother was born half an hour before the other.

3 - The other is not accepted into the academy so it can be concluded the this twin was not born on May 4.

It stands to reason then that one was born at 23:59 May 4 and the other at 00:29 May 5, but according to what Mari says that would mean Jun was born on May 4 and Hisao on May 5, but this leaves two pretty big holes; the fact that Mari says Hisao's birthday was the one recorded and the Academy staff attempt to take Hisao and not Jun.

The only explanation I can see is if there were mistakes in the printing, and that the record actually said 23:59 May 3, which would have been Jun's birthday and Hisao was born 00:29 May 4. But this doesn't explain why Morning Glories staff wanted two children supposedly born on May 3. Hence why I think the whole thing got scrambled.

Again, I could be wrong here, I'm certainly not infallible, so if anyone can tell me what's actually happened here I would be very thankful.

In the case everyone else is as confused by this as me, I don't use twitter, but if anyone cares enough to send a link of this to Spencer I'd greatly appreciate it.

Just thought it worth mentioning I think the green liquid Nine uses is made from the morning glories plant, probably the ones in the greenhouse.

I had a friend of a friend with morning glories growing in his yard, and he gave me a large bag of the seeds. They contained ergine (LSA) which we used for recreational purposes. It's effects are very similar to LSD, and common side effects included shaky vision, nausea and vomiting. I don't think I've ever heard of a fatal overdose (people have died from accidents while high) but I'm pretty sure if you pump someone with enough of anything and it will prove fatal.

Pretty sure excessive use would lead to some sort of mental instability/brain damage, which explains all the kids locked up in the basment, if not there simply because they were "broken".

In an attempt to more tightly integrate the chat transcripts with the rest of the site, I've placed an extra section in the infobox that appears on every comic issue.  We could just have it appear automatically, but I decided to make the appearance manual because we don't have transcripts for every single issue.  (For example, Issue 39 isn't there).

I've placed the transcript of Issue 40 on the site, but will need Calfaile's help to parse it.

Hi! new around here. Sorry if this issue has been discussed before, I couldn't find anything related.

I have a theory:

Irina says killing ike will end all this.

We know that Ike seems to have only one thing in mind: sex.

I think he went back in time and, somehow, fathered all the glories, or the glories's parents, grandparents,or great grand parents. They do not only share the same birthday, they also share the same ancestor, and that's what really makes them special.

So yeah, killing Ike before he goes back in time will end with all the glories' existence.Killing Abraham wouldn't, as he has already fathered Ike, that's why daramount and gribbs had no problem with killing him.

And, of course, Ike is the headmaster,in a more adult version. Only he is probably too powerful to stop once fully developed, so Irina wanted to kill him while he still was young.

(edited by A Fandom user)
Have I missed the significance of this number. Does everyone else know?
(edited by administrators)

Anybody else intrigued by the Movie Posters on the walls in the AV club? Dark City, Total Recall, 2001, The Usual Suspects and Akira?  These movies all seem to resonate with the storyline of Morning Glories.  For example in Dark City where the city rearranges itself and a single injection gives the hero all the knowledge he needs to fight the bad guys (eyes opened?).  And does anyone think that maybe we are in for a Usual Suspects-like ending flipping our ideas of who is good and who is bad?  Other thoughts?

Tower of God, an online manhwa, has its wikia on this site.  Drop by the wikia to see if you want to read the comic.

On Volume 2 the translators switch to cute animals for the background of their credits page but on Volume 1 they have young-adult women in underwear.  I think they switched because some kids read it in study hall and some adults read it at work.

Add the following shortforms to the numbers to produce the respective sidenotes:

Nick actually said that Headmaster has been seen briefly. "The War For Season 2" http://www.comicbookresources....

"Or is this a red herring? One thing we've established about the Headmaster – who's barely been seen at all – is that he's very good at deception. Irina has been wrong before."

'barely been seen at all'

I think that this means Albert.   Albert is right there at MGA under your nose.   Albert is the first to meet the new students.  Albert could be the gardener and this would explain why one goes to The Greenhouse to meet Headmaster.

I gotta remember Alfred is Batman; Albert is Morning Glories.

(edited by IVIoss)
The Headmaster
Guidelines 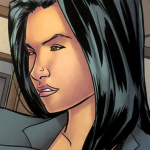 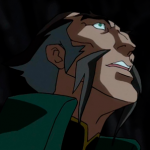 2 Posts
Issue Talk back and Discussion 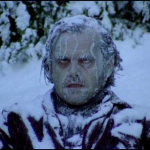 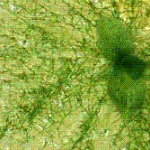